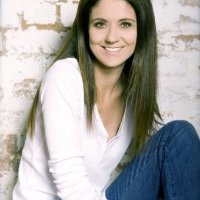 With an outstanding career that spans 26 years, Sarah Laidlaw has her own unique style for which she has become renowned: classic beauty with a contemporary edge. Sarah’s work reflects an artistic sensibility, which coupled with her attention to detail, produces a ceaselessly stellar result.

She effortlessly walks the line between commercial polish and editorial strength and is equally in her element creating everything from subtle, minimal looks to radical transformations. “The transformative ability of hair is what excites me! I adore both the simplicity of effortless, natural textures right through to big, couture, sculptural shapes.”

Sarah is a great advocate of education within the industry, and is constantly touring and educating.

Renowned for her down to earth nature, true understanding of the creative process, discerning sense of aestheticism and versatile style, Sarah consistently delivers. It is this powerful combination that ensures that every client expectation is not merely met, but exceeded.

With an impressive skill set that encompasses the entire range, Sarah is highly adaptable. Her extensive and detailed training has allowed her the freedom to work across editorial fashion, advertising, film, television and celebrity. Sarah’s strengths in both hair and makeup have cemented her as one of the most sought-after talents in the industry.

Her experience as a hair stylist for television is also worth noting. In addition to working on popular shows X Factor, Dancing With The Stars, So You Think You Can Dance and The Voice Kids, she has also worked on myriad film clips and television commercials.