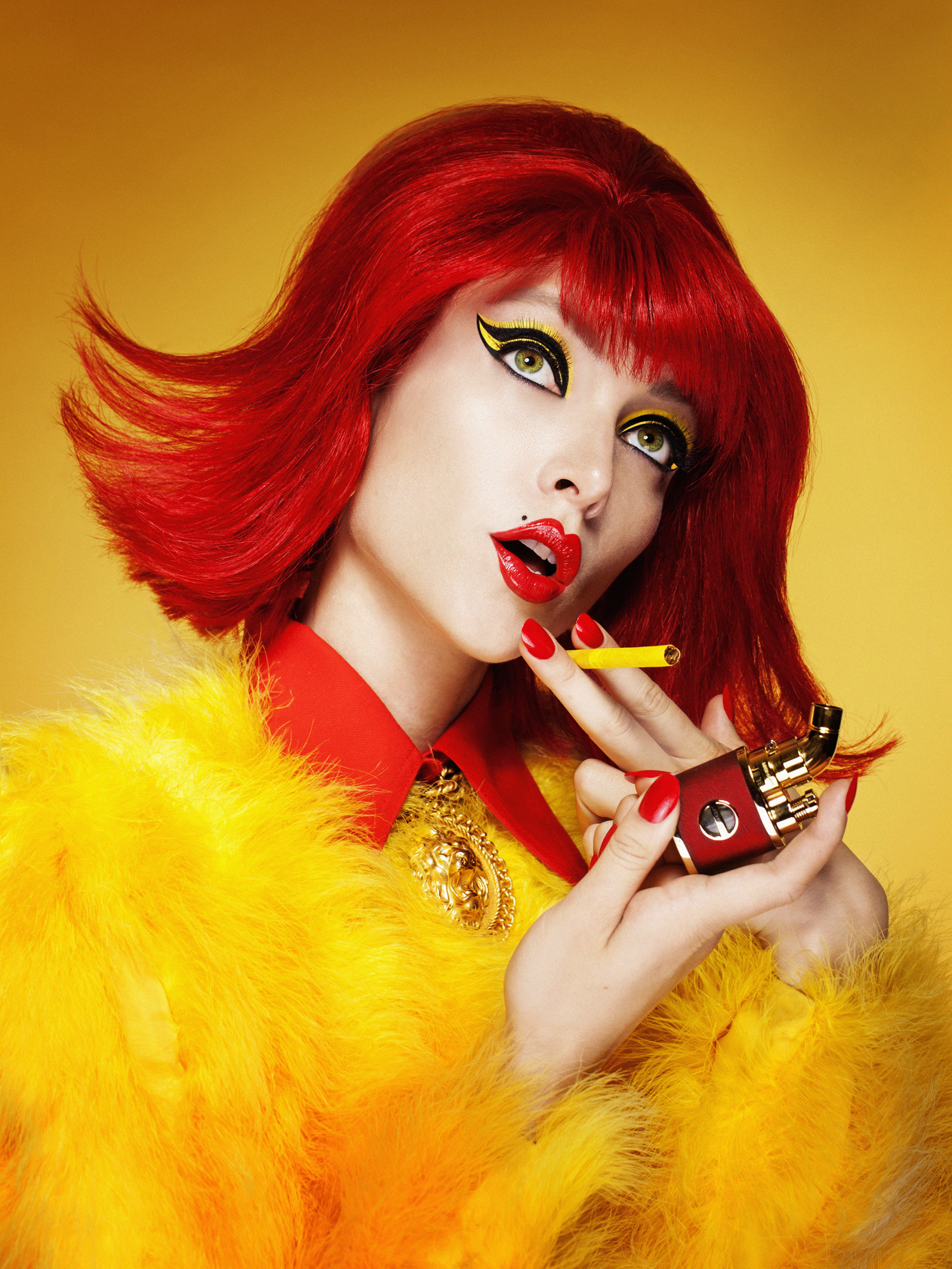 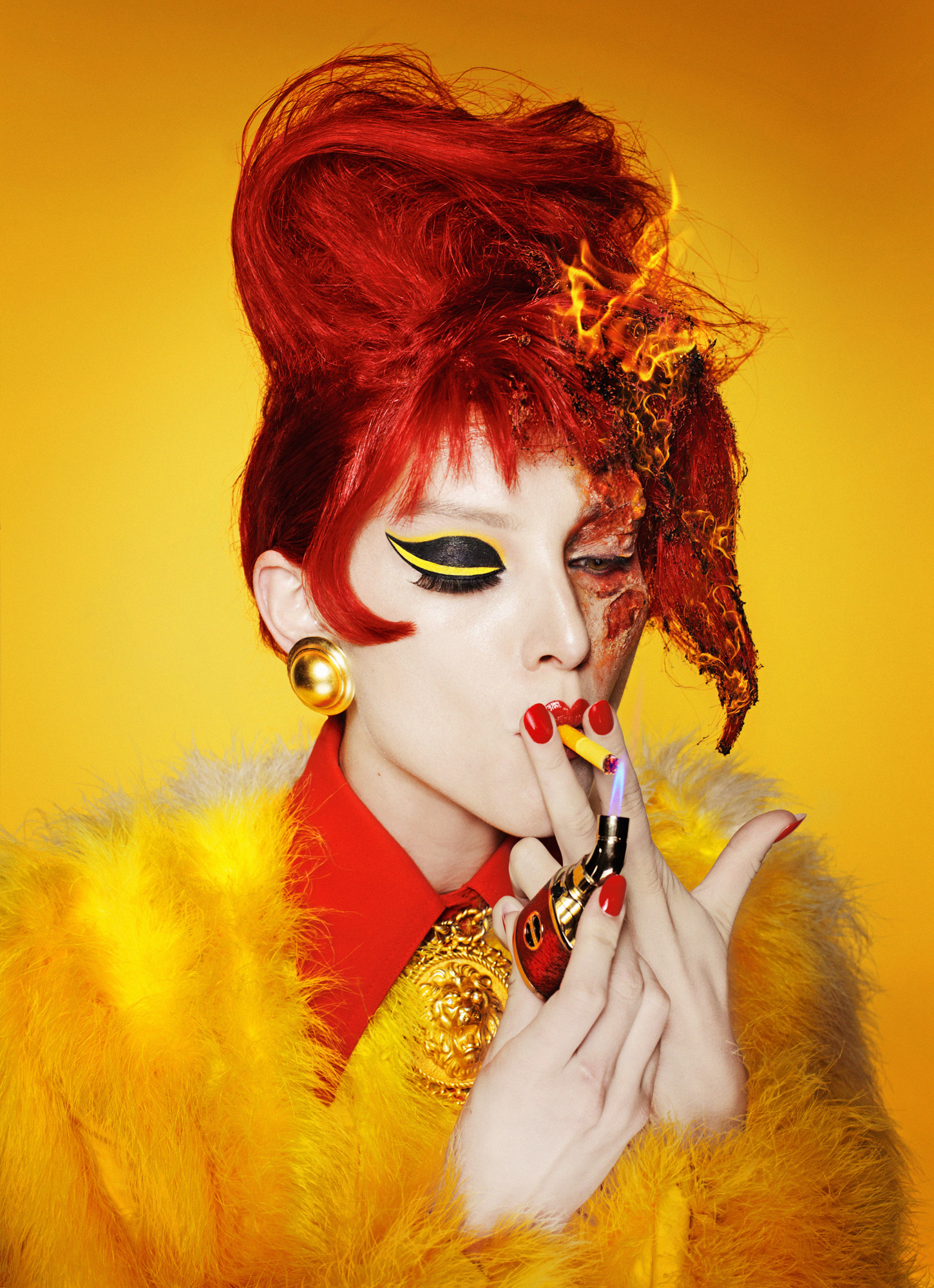 The Face2Face Makeup Awards are the leading Makeup Awards in Australia open for Emerging Artists. Held yearly at Beauty Expo Australia, I have been lucky enough to be Creative Director for these awards since 2013. Beauty Expo Australia and I have been committed to creating a supportive platform for emerging artists in Australia to showcase their work to the industry. Judged by agents, editors, fashion designers and peers like Rae Morris and Rachel Montgomery, the event is competitive yet a valuable experience for all involved.

All categories are conducted live with exception to the Beauty Editorial Category, and one of the fast growing categories is the SPFX Category. Judged live by industry greats such as Damian Martin and Adam Johansson from the Odd Studio, this year the winner was talented SPFX artist, Courtney Hudson. We sat down with Courtney to chat about her win before she headed off to yet another day at the Odd Studios, a bonus prize she earnt that money just can’t buy.

Congratulations on your win! How does it feel to take out the prize for the Film Fantasy SPFX Category?
It feels amazing! There is a requirement to provide your own prosthetics for the competition, so not only is it nerve-wracking on the day, but also requires a lot of preparation beforehand for all the contestants.

The theme this year was to create a villain from a super hero movie and you created Penny Guin. A villain from an imaginary Batman Movie. Where did your inspiration for the Penny Guin character come from?
The inspiration came from Danny DeVito’s ‘Penguin’ in Tim Burton’s 1992 Batman Returns, as well as strong female leads in post-apocalyptic settings such as Tank Girl and Mad Max: Fury Road. Mix these badass females with the popular sub-genre stylings of Steampunk and we have a character leading the way for strong females. A cunning, and powerful villain that differs from the sexy or dependant female characters often found in comic books and films.

What was it like competing live in front of hundreds of people?
Competing in a makeup competition live with many people walking around and watching is both exciting and nerve-wracking! Not only are you under time pressure but you have both judges and the public watching every part of your application and asking you questions about your makeup and character – especially those who are new and wowed by our magical world of special effects!

What was your biggest challenge during the competition?
My biggest challenge during the competition was to keep to my time limits. It is easy to get carried away doing one part of the makeup to perfection, especially with nerves and adrenalin, but I had given myself time limits for each part of the application – bald cap, applying the prosthetics, colouring and final touches. I tried to keep to these time limits so I would know that the makeup would at least be 90% finished and I would have time to tweak anything that wasn’t 100% at the end and not end up with a half glued up character!

What has winning this award meant for you as a makeup artist?
Winning this award has meant a lot as it has helped to open doors for my career. As artists, we never stop learning, and the Face2Face competition is a great personal challenge to complete – not to mention incredibly inspiring seeing what all the artists come up with for each category! The judges of the competition are extremely talented and accomplished artists themselves, and have so much experience working in the industry. It was such a great opportunity to speak in person with the judges after the competition and receive constructive feedback which I was then able to take on board in a demonstration of Penny Guin at the ACMUSE booth of Oz Comic Con a few weeks later.

When did your love affair with makeup begin?
My love of makeup started in my hometown Perth, when I finished my Cert II whilst still at high school. Throughout my Bachelor of Arts I worked and helped out on as many theatre productions, music videos, photo shoots and short films as possible and upon completion of my BA, moved to Sydney to pursue my makeup and SFX education at ACMUSE, graduating with excellence in 2013. Since then I have been following my passion of makeup for film and TV, creative and vintage themed shoots and more!

What do you enjoy the most about makeup?
I love the versatility of makeup. We can use it to make our clients feel their most beautiful, we can use makeup to go back to various time periods, to take someone into their future with ageing or create whole new characters. I love the design aspect of makeup – from the idea of a character through to the finished product, with hair, prosthetics and full application – you really do see the character unfold in front of you! A bit of bloodwork is always good fun too!

What is your favourite type of SPFX makeup to do and why?
In terms of special effects makeup, I find ageing and realistic makeup truly fascinating and fulfilling. Studying how different faces age and the skin folds and elasticity changes naturally over the years is a beautiful thing and also quite difficult to realistically replicate.

What’s next for Courtney Hudson?
The competition was a great way to get myself back into more SFX makeup as I had been working lots of beauty makeups of late. It re-inspired my love of sculpting, moulding and applying prosthetics and I was lucky enough to secure some work experience with Odd Studio – who were part of the judging panel. This was a fantastic opportunity to see distinguished artists of the Australian film industry at work and learn techniques and products I hadn’t used before.

What is your advice for all young makeup artist starting out?
You can never stop learning! Get as much experience as possible on projects with other makeup artists and surround yourself with inspiration – whether from movies, magazines, music, nature or other artists – and never stop practising!
When applying a SFX makeup, make sure you take a minute every now and then to step back and look at your makeup from a distance (and in a mirror!) – You will see things that you hadn’t noticed after spending lots of time up close and personal.

What are your best tips for those non-makeup artists reading this?
My best tip for beauty makeup is to keep your products and tools as hygienic as possible and prime, prime, prime!

What is your favourite makeup quote?
Less is more… unless you’re using glitter!

Ain’t that the truth.

Keep an eye on this talented artists work via Instagram and Facebook @courtneyhudsonmua
For details on how to enter the Face2Face Makeup Awards in 2016, keep your eye on www.beautyexpoaustralia.com.au/WhatsOn/Face2Face-Makeup-Awards/